The Importance of this Project 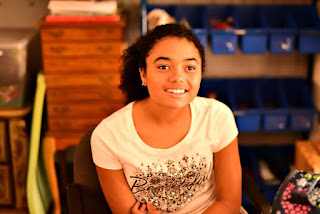 Suzette and I were very excited to learn that other organizations (representing other forms of #Batten Disease) have recently decided to fund Dr. Sardiello's research at the Jan and Dan Duncan Neurological Research Institute (#NRI) at Texas Children's Hospital. Below is a recently released lay person's description of the research and it's potential to help those with Maya's disorder (Atypical TPP1 Deficiency (#SCAR7), other forms of Batten disease and so many other disorders (e.g., #Alzheimer, #Parkinson and #Huntington disease). This is very important research and we want to thank you for continuing to support our efforts. #FightingForMaya. www.fightingformaya.com
mTOR-Independent Lysosomal Enhancement for the Treatment of Neuronal Ceroid Lipofuscinoses (CLN3, CLN6, CLN8)

Principal Investigator: Marco Sardiello Ph.D., Baylor College of Medicine
Many neurodegenerative diseases share as a common cellular feature the accumulation of undigested material, which in many instances has been proven to play a causative role in the pathogenesis of the disease. Pathological accumulation of undigested material is often the result of an overwhelmed cellular degradative system, which can be due either to genetic defects that affect the function of lysosomal and autophagy pathways (e.g., lysosomal storage disorders), or to different causes such as the abnormal generation of aggregation-prone proteins (e.g., Alzheimer’s, Parkinson’s and Huntington’s diseases). We and others have provided proof-of-principle evidence that activation of lysosomal pathways may be an effective strategy to ameliorate disease phenotypes in animal models of these neurodegenerative diseases. The overall goal of this project is to use pharmacological activation of lysosomal pathways—obtained by repositioning an FDA-approved drug—to counteract disease progression in a mouse model of Neuronal Ceroid Lipofuscinosis. We will also test how this strategy can be extended to the whole group of the NCLs by cell-centered studies. We have strong evidence that lysosomal enhancement mediated by activation of TFEB, a master regulator of autophagic-lysosomal pathways, is of benefit in mouse models of Juvenile Neuronal Ceroid Lipofuscinosis (JNCL) and Sanfilippo Syndrome Type IIIB. We have now identified a new signaling pathway that (1) leads to the activation of TFEB in the brain, (2) is pharmacologically actionable with small drugs that are currently being tested in clinical trials, and (3) is independent of the mTOR signaling. Our preliminary data show that the pathways activated by TFEB have the potential to counteract neurodegeneration in a plethora of diseases characterized by the storage of undegraded material. Thus, results from this project could benefit the whole group of Neuronal Ceroid Lipofuscinoses (NCLs) and could rapidly lead to translation.
Posted by bjames358 at 9:23 AM