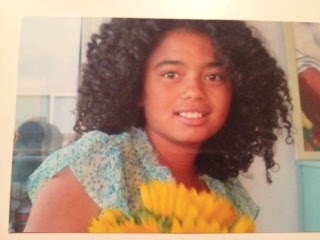 "Loaded for Bear", definition:  To be prepared, mentally and/or physically, for extreme opposition; typically used in reference to an aggressive or potentially violent situation.

The phrase originates with American hunters and woodsmen in regions frequented by the brown bear. Brown bears are the largest land-based predator on earth, and when expecting to deal with them the hunters would bring much more powerful rifles than they would if hunting other game.  Urban Dictionary

I just returned from Fedex.  I've been working on a letter for Biomarin's officers, board of directors and medical advisory board for the last couple of months.  I know.... a couple of months how ridiculous.  I write letters all the time, not just regular letters, but highly persuasive letters... letters that secure millions of dollars for my clients.  However, this letter was different.  The letter is an attempt to persuade a "corporation" to take an interest in Maya's disease and perhaps save her life.

About a year and a half ago we realized that (our now 11 year old daughter) Maya's "differences" were not normal.  When I held Maya's and her brother's hands on the way to class, it seemed weird that Maya always seemed to tug and pull on my hand.  It was such a contrast to the way her brother held my hand.

My mom commented that Maya seemed "off balance" and we should get her checked by a neurologist.

After months, we finally had an appointment.  The neurologist did a couple of basic tests as part of his examination (finger to nose, hop on one foot, walk across the room heal to toe) and it was very clear that something was very, very wrong.

The neurologist thought that the bouncing (lack of tracking) of Maya's eyes was indicative of ataxia telangiectasia.  The blood work eventually said no.  The Athena Panel for known forms of Ataxia eventually came back inconclusive.   After a year of blood tests, spit tests, Exome sequencing and eventually a trip to Massachusetts General we had a diagnosis:

Some of you may recognize a "TPP1" mutation as the source of the most common Neuronoal Ceroid lipofuscinouses disease (NCL)... CLN2 or "Batten's Disease".  Batten's Disease is a devastating disease and the parents and community who are fighting the fight are amazing loving people.  Learn More Here.

Maya does not have Batten's, however her condition is caused by mutations in the same gene that causes Batten's.  Effectively, Maya's mutations of the TPP1 gene means that she has residual (~13% of normal) levels of TPP1 activity and kids with Batten's have a roughly zero level of TPP1 activity.

Those of you in the Ataxia community will recognize SCAR 7 (Autosomal Recessive Spinocerebella Ataxia 7) as the type of Ataxia reported as occurring in six of twelve siblings from a Dutch family and one other unrelated Dutch woman.  All, as of the date of this blog, are alive and well in their 40s, 50s, and 60s.  According to the literature, their SCAR 7 has slowly progressed and several have lost the ability to walk.  We don't know much more about their condition.

Guess what... Maya is not Dutch.  Outside of enjoying Dutch soccer, we don't have a connection to the country.  My wife is from the Northeast Kingdom of Vermont and is of French Canadian ancestry and I am African American.

Since Maya is the eighth reported SCAR7 case (in the world) she does not "have a community" and science/medicine is slow to catch up to  her reality.  They consider Maya's phenotype as "mild".

I beg to differ... there is nothing "mild" about watching your child slowly lose her ability to walk.  To watch your child struggle with her "differences" in school.  "Mild" provides little comfort, when she falls, when there is a new scar or when she cries, because she doesn't understand why her body is revolting against her.

Maya sits between two powerful and mobilized communities in a sort of DMZ.  She is between the Batten's Disease community (a group that is active and hopefully making progress towards meaningful treatment)... read more here and the Ataxia community which appears to believe that SCAR 7 is an ultra-rare disease only occurring in a single Dutch family.

In order to find a cure/help for Maya, we need to find more kids and adults with Maya's exact phenotype/diagnosis.  The more we find, the more science, medicine and the respective communities will pay attention and join the fight.

Ultimately, answers to Maya's condition will help the Batten's community (i.e., determining the necessary therapeutic levels of TPP1 replacement enzymes for kids with Battens) and the Ataxia community (i.e., our path to a SCAR7 diagnosis was lucky... I suspect that there are a number of children and adults with Maya's symptoms (or the natural progression thereof) who are simply un-diagnosed but have TPP1 mutations).

If you are out there, then we need to find you.

Are the symptoms familiar?  Yes, does it make sense for you to take a test for NCL mutations.

Are you a match?

I look forward to meeting you....

Please like/share and forward this message.